Standing in front of Cedar Hill, the home of Frederick Douglass (Photo Credit: The Historical Homemaker)

My latest travels took me to the historic museum and home of Frederick Douglass, located in Southeast Washington D.C. The museum showcased a timeline of Frederick Douglass’ life which included his many accomplishments and the influences he had on the course of American history. In the museum, there is a wall of his famous quotations, original pieces of his work, and of course, you can visit his beloved home, Cedar Hill, where he spent the last years of his life.

He was born into bondage in 1818 in the vicinity of Talbot County, Maryland. At eight years old, he was sent to a plantation in Baltimore, Maryland and this is where the mistress of the plantation grew very fond of him and started teaching him how to read and write – a practice that was uncommon for the time period (and in some places in the US it was against the law).

Frederick Douglass said goodbye to Baltimore in 1838 when he was 20 years old – leaving his former life in bondage behind for a brand new life in New York. Anna Murray Douglass, his first wife, sold her personal belongings to purchase him a ticket to New York. He was still a slave, however, and he vowed not to marry Anna as a slave but only if he were a free man. It wasn’t until after he secured his freedom that he and Anna were married. It was in New York that he met with the famous abolitionist William Lloyd Garrison who recognized Frederick Douglass as a talented speaker. He was then enlisted to give speeches across the country to help educate people about the horrible atrocities of slavery. Being that he knew first had what being a slave entailed, he was able to give a personal perspective on slavery and his audience continued to grow and he became a very popular orator.

Some of the highlights of his life: 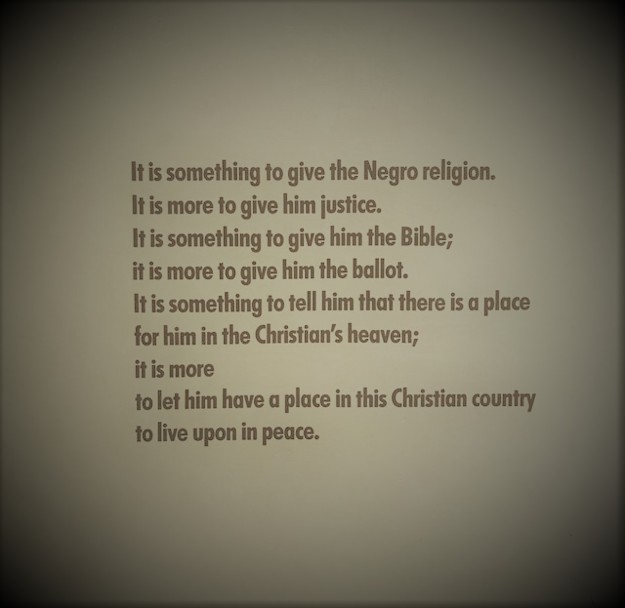 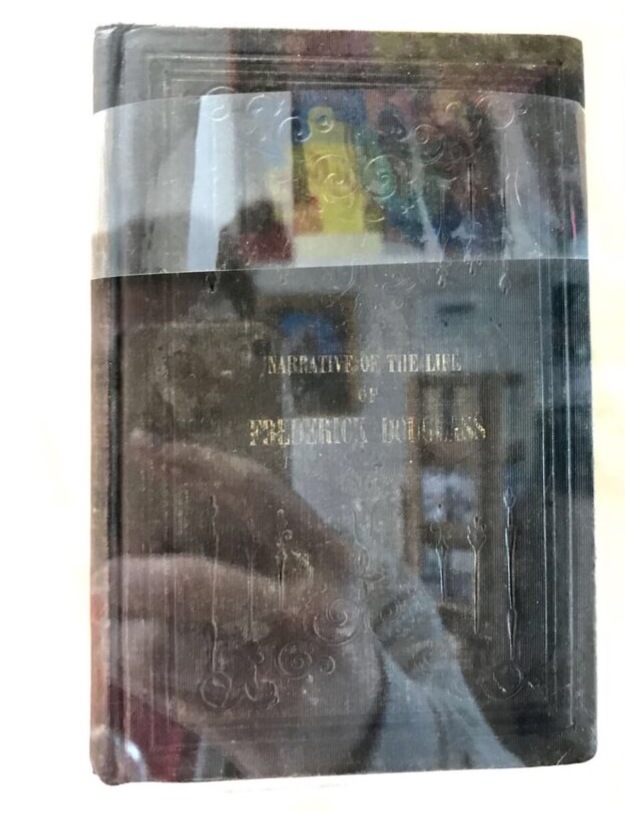 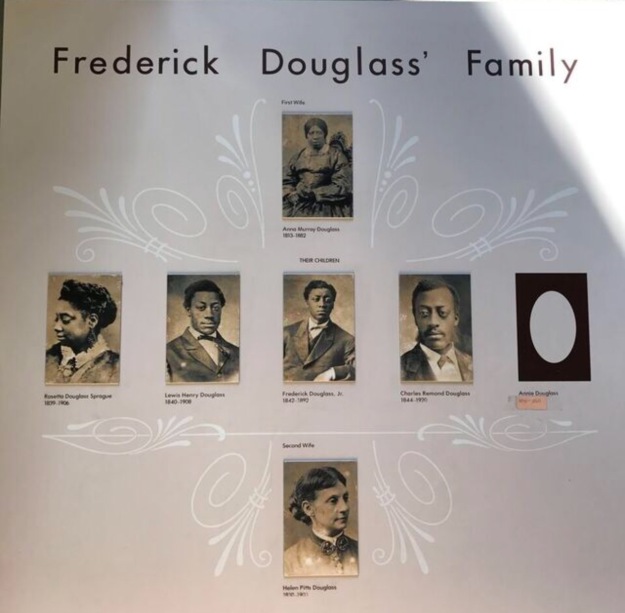 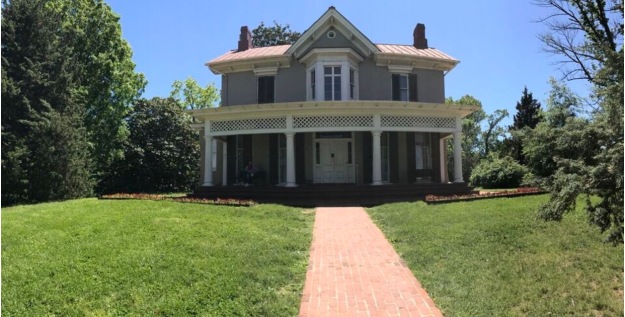 Exterior of Cedar Hill (I’m sitting on the left side of the porch) (Photo Credit: The Historical Traveler)

On February 20, 1895, Frederick Douglass died of a massive heart attack at Cedar Hill, and was buried at Mt. Hope Cemetery in Rochester, NY with his first wife, Anna. Shortly after he passed, Helen Pitts Douglass established the Frederick Douglass Memorial and Historical Association to preserve his legacy as well as his impact on United States history. The association still maintains the legacy today.

Cedar Hill beautifully sits on top of a hill overlooking Southeast Washington D.C. The tours are free, during which you will learn about the history of the house and Frederick Douglass’ time while living there. Most of the items in the house are original pieces including the portraits, dining room furniture, and beds.

There are several rooms in the house including two rooms for entertaining and over half a dozen bedrooms. Although the entire house is rich with history, three rooms in particular I found most interesting: the first den, the dining room, one of the three guest rooms for women, and Frederick Douglass’ bedroom, all of which have original pieces from when he lived at the house.

The first room used for informal entertaining of guests and showcases a piano in the left corner, a fireplace in the center of the room, and a bust of Frederick Douglass gifted to his family when he lived there. I learned in the tour that Frederick Douglass combined interior design with remembrance of American history, this being shown by the ball and chain tied around the curtains to the room symbolizing the roots of slavery in American history.

The dining room of Cedar Hill include pictures taken with other prominent Washington, DC people at the time, and original dining furniture. Frederick Douglass sat at the head of the table. This is indicated by the wheels on the bottom of the chair, which made it easier for him to stand up and speak, which he did frequently while entertaining his distinguished guests.

On the second floor of Cedar Hill, there are three bedrooms: three for women (including guests and one room for each of his wives) and three rooms for men (including the personal bedroom of Frederick Douglass). The guest room used for women included an original portrait of Susan B. Anthony, whom he was very fond of for her advocacy for women’s rights.

Many people don’t know that since 1848, Frederick Douglass was also an advocate for women’s right to vote.

Women’s guest room with Susan B. Anthony portrait in the upper left side, Cedar Hill (Photo Credit: The Historical Traveler)

His bedroom was opposite of his first wife’s room in the upstairs hall. Frederick Douglass would use dumbbells to work out every morning after waking up to exercise and stay physically fit. Cedar Hill has these dumbbells and they can be seen on display by the foot of the chair in his room

Two other pieces I found very interesting include his desk in his office and a trunk with his name on it, which was used on his many travels throughout the country and Europe.

Every room in Cedar Hill is beautiful in its unique way and the tour guides are very knowledgeable and will answer any questions you can think of while touring the house. Visiting Cedar Hill and learning about Frederick Douglass’ life and his huge impact on American History was truly a memorable experience for me, not to mention the wonderful scenic view from Cedar Hill.

View from outside Cedar Hill (Phot Credit: The Historical Traveler)

Click here to plan your free visit to Cedar Hill and the Frederick Douglass Museum.