As a child growing up in Arlington, Virginia and only five walking blocks to Arlington National Cemetery, I’ve always had a profound love for Robert E. Lee and his family. When I learned that he was related (via marriage) to George Washington, it only heightened my curiosity and affection. Many childhood field trips were spent at George Washington’s beloved Mount Vernon and Robert E. Lee’s home (also known as The Custis-Lee Mansion) that sat on top of the hill overlooking Arlington National Cemetery and the majestic scenic views of our Nation’s Capitol, Washington, D.C.

It’s been on my list of “things to do” throughout the years to visit Lexington, Virginia – General Lee’s home after the American Civil War and I finally made it out for a visit today.

With Marlin by my side, we traipsed through historic Lexington and enjoyed the art galleries, coffee shop and ate lunch at the wonderful place, Palms. But most importantly, we visited the historic sites of my childhood hero, Robert E. Lee. 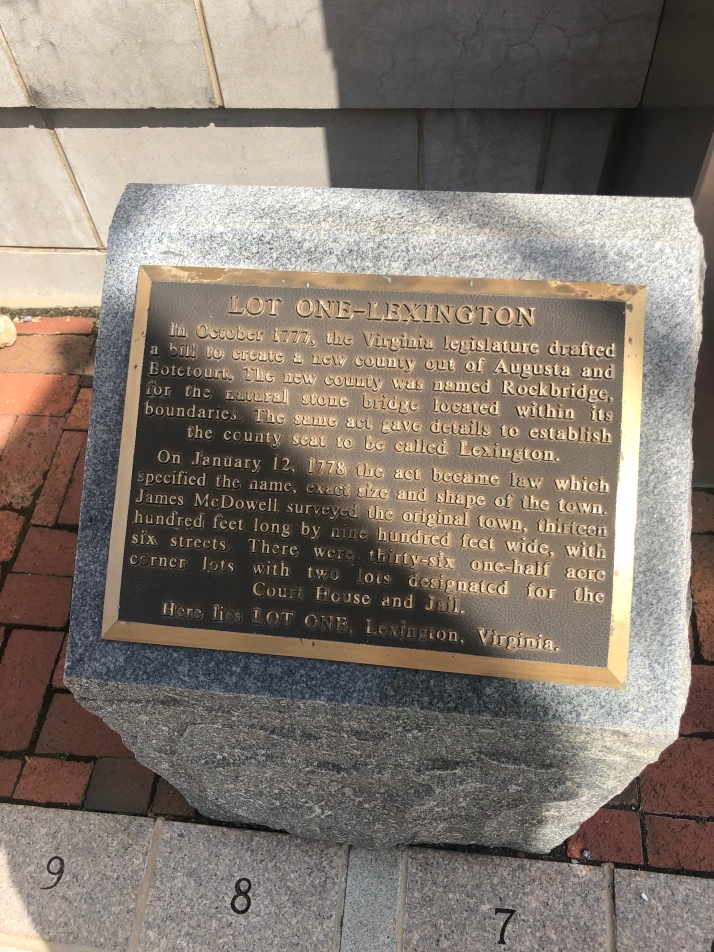 First we came across the large campus of the Virginia Military Institute (VMI) which was founded in 1839 and is the first public senior military college in the United States.

After the Civil War, General Robert E. Lee was asked to serve as President of the college and he accepted. He served as President of Washington College from 1865 until his death in 1870. The Lee family lived in the College Presidents home on the campus. 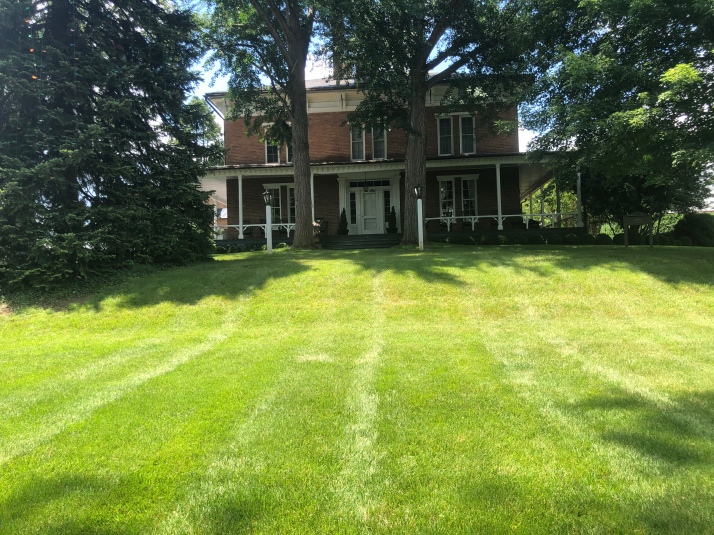 Pictures of the home today

Home around the time the Lee Family lived there

General Lee and his family attended church services at Grace Episcopal Church which is only steps away from his former home. 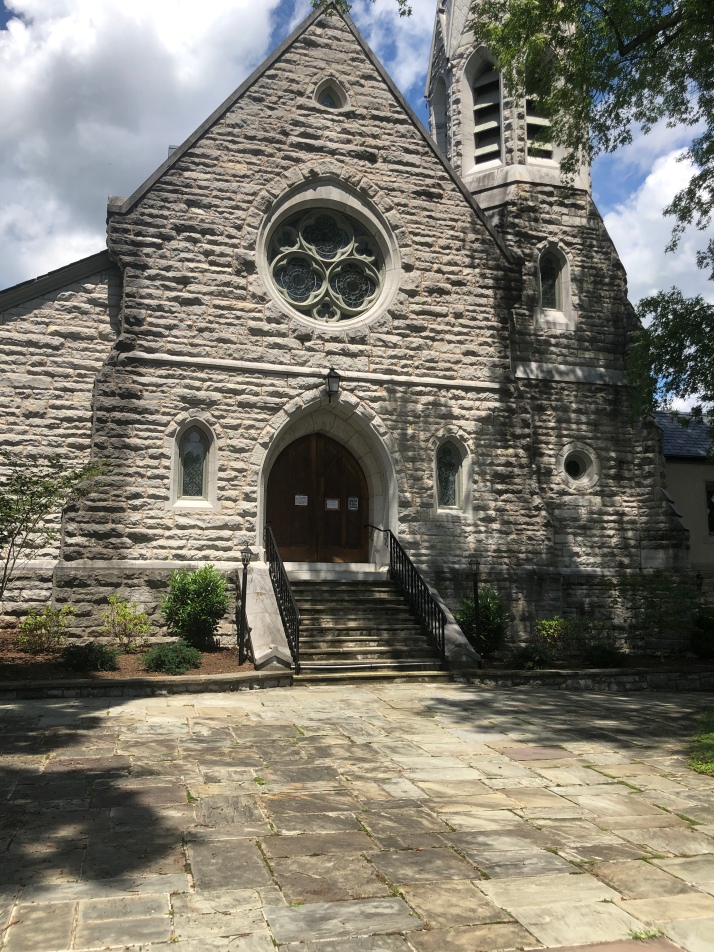 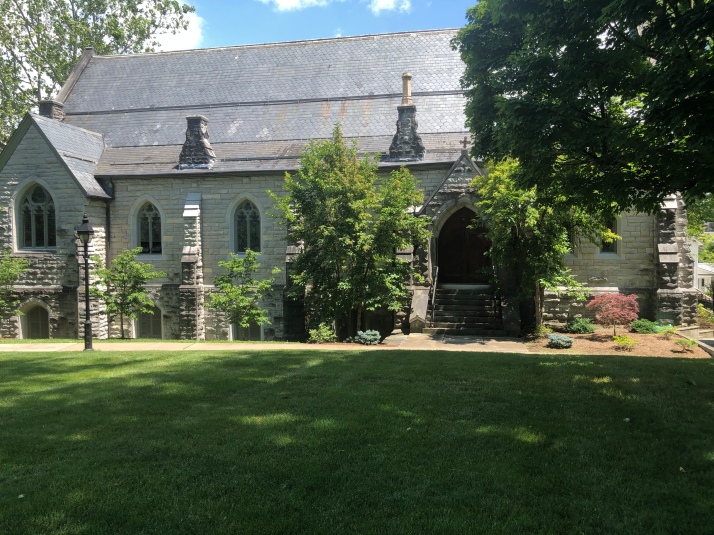 In 1867-1868, General Lee requested the construction of the Lee Chapel. He is buried in the chapel along with his wife, Mary Custis Lee, their seven children and his father, the Revolutionary War hero, Henry “Lighthorse Harry” Lee. General Lee’s horse, Traveller, is buried outside near the wall of the chapel. 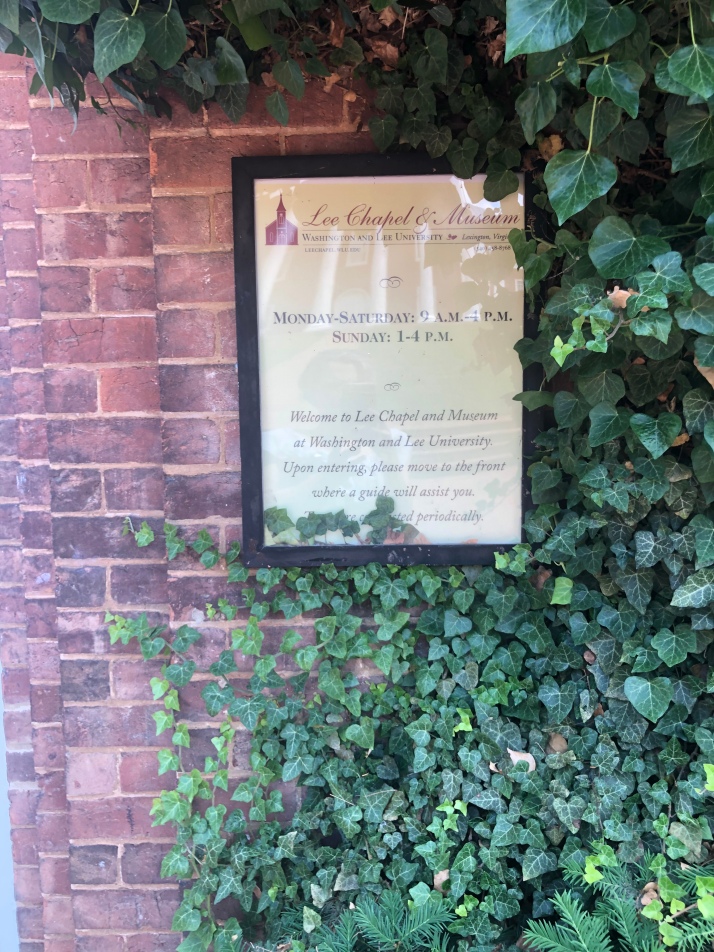 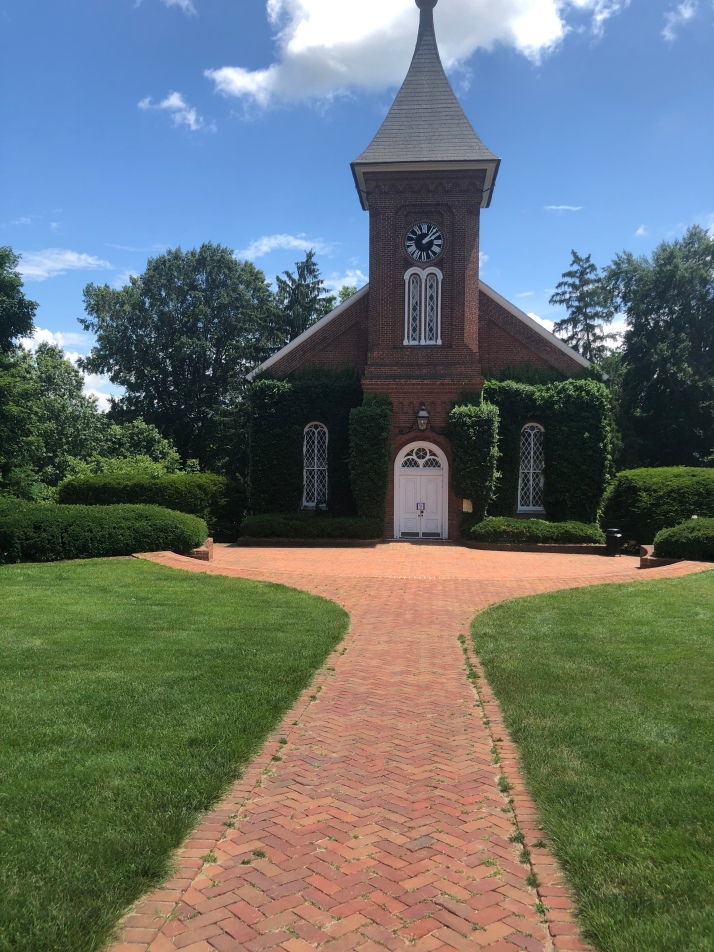 We also came across the statue of Cyrus Hall McCormick

We then traveled onto Thomas “Stonewall” Jackson’s home on 8 East Washington Street, not too far from the University. Before he was a General for the Confederacy and had the name of “Stonewall Jackson” he was just Thomas Jackson, a professor at the nearby Virginia Military Institute. His home on East Washington Street was the only home that he had ever owned and he lived there from 1858-1861 with his wife, Mary. He lived there until the outbreak of the Civil War and then was called to duty for the Confederacy. 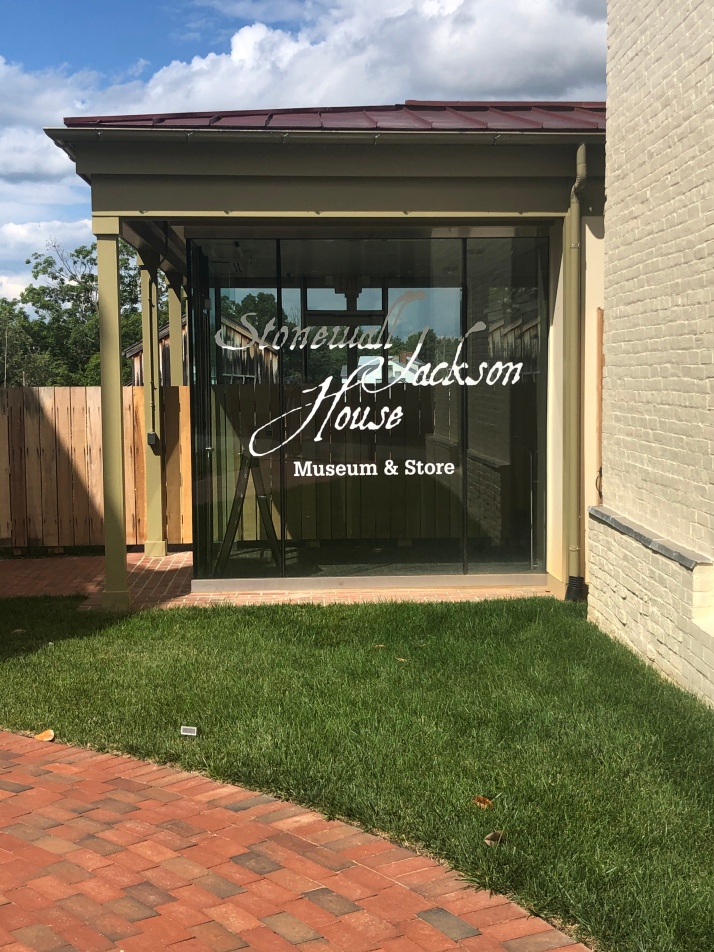 Stonewall Jackson died from his wounds at Chancellorsville on May 10, 1863, when his men mistakenly thought him to be a Union soldier.

General Robert E. Lee mourned the loss of his friend and trusted advisor, confidante and commander and as General Jackson lay dying, he insisted to make sure a message was passed onto his friend which in part read:

General Thomas “Stonewall” Jackson was buried in downtown Lexington on Main Street at Presbyterian Cemetery which was soon after renamed Stonewall Jackson Memorial Cemetery in his honor. 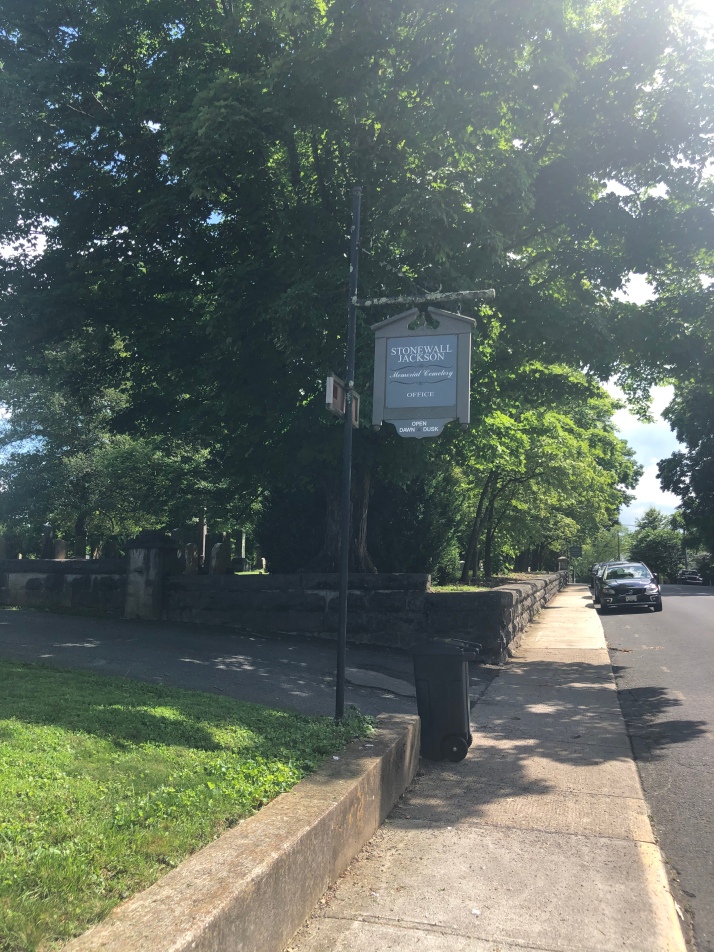 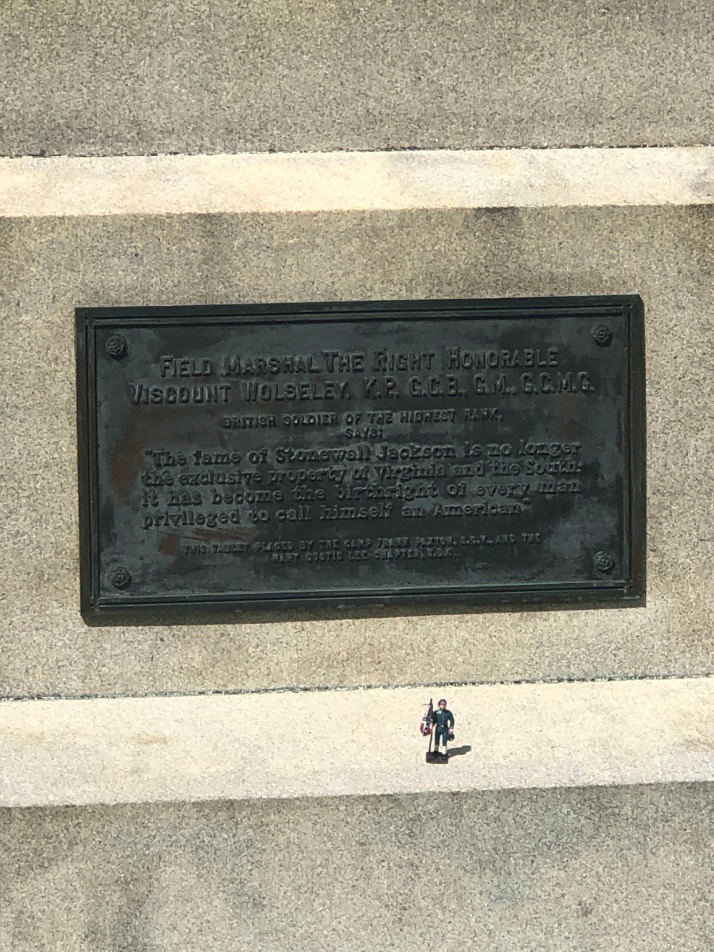 There are also 144 Confederate veterans in the cemetery along with two former Governors of Virginia: James McDowell and John Lechter. Other notable persons buried are:

Margaret Junkin Preston, known as the “Poet Laureate of the Confederacy” and

the founder and organizer of VMI, John Thomas Lewis Preston.

It was a wonderful day enjoying the historic sites of Lexington, Virginia and paying our respect to two heroic Generals.