I recently traveled to The Torpedo Factory Art Center, which houses the Alexandria Archaeology Museum. The Torpedo Factory Art Center was built and began functioning in November of 1918 shortly after WWI and has since been converted into a place for local artists to show their work and also to display the ancient relics found in the area nearby as well as throughout the Commonwealth of Virginia. These particular relics include a copy of The New York Tribune from 1861, an original musket that was built in the 1820’s, and a quartzite spearhead that dates back 13,000 years ago. Reading and learning about these relics, as well as the many others in the museum, allows a larger scope of understanding as to how our ancestors lived. 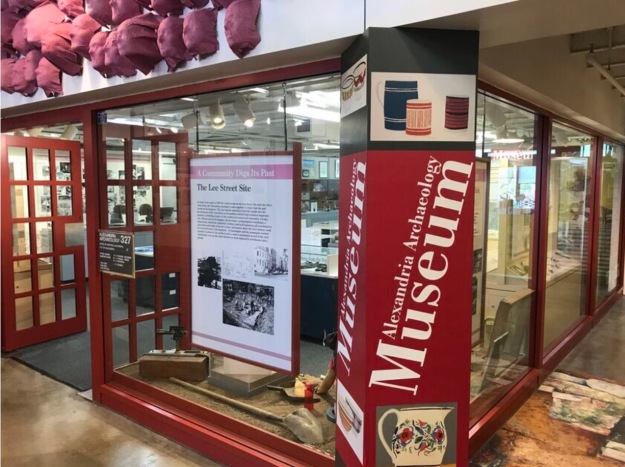 The city of Alexandria, Virginia is a fascinating place that was founded in 1749 and is rich in American history and politics. It was originally given the name “Water Street” because of its location and proximity to the Potomac River. Since it was originally founded, Alexandria has been built around a shoreline that increases over time, requiring updates to adjust with the shoreline.

(Picture of Alexandria shoreline displayed at the Museum)

The first relic I found particularly interesting is a newspaper on display that was originally published on May 26, 1861 with a photograph on the front page of Colonel Elmer E. Ellsworth. Colonel Ellsworth had been assassinated merely two days prior in Alexandria. The paper was published by The New York Tribune, which was in print from the 1840’s to the 1860’s and was very much in support of The Whig Party. I thought it was very interesting how little the text was, and how much information fit on a single page. This makes sense though seeing as the daily paper was one of the few ways information reached the general public both on a National and a State level. 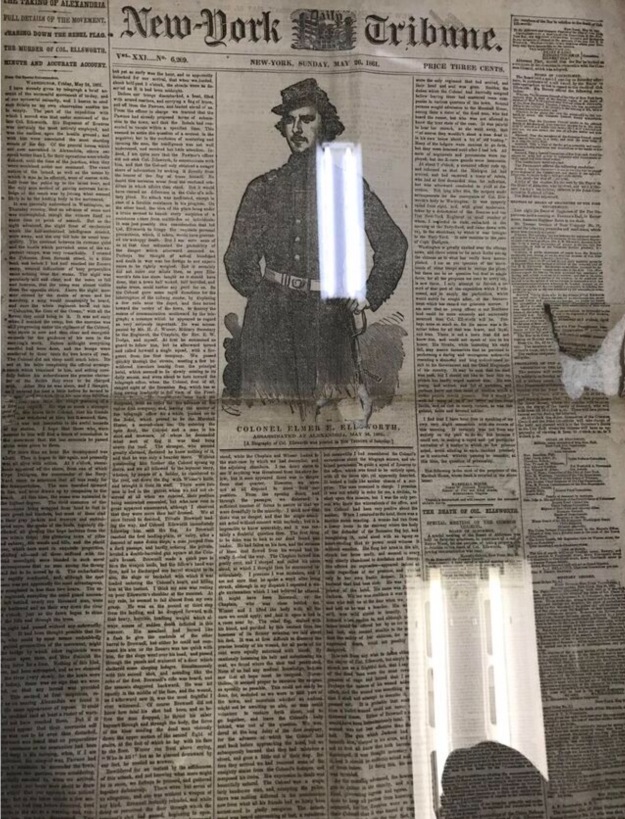 In 1978 during an excavation mission on the nearby courthouse, a Wickham musket was discovered almost completely intact. It was deduced that Marine T. Wickham manufactured the musket between 1822 and 1834. Wickham was contracted to produce rifles for the American Government out of Philadelphia. This particular Wickham musket pre dates the Civil War, albeit similar rifles were used in the war.

The coolest piece of history on display in the Alexandria Archeology Museum (in my opinion anyway) is a piece of quartzite spearhead officially named “Clovis Point.” This particular Clovis Point was discovered in 2007 in Freedman’s Cemetery, a cemetery for formerly enslaved and free African Americans that has not used since 1869. What makes this Clovis Point very interesting is its over 13,000 years old! This piece of quartzite is from the Paleoindian Period and is the oldest artifact I have ever heard of and seen personally. There is generally not a whole lot of information about humans in that time period, making this relic quite a treasure due to its extreme age. This particular quartz was easily manipulated into a spear head early humans used to hunt with. The fact there is evidence of how humans lived 13,000 years ago still blows my mind.

Other artifacts I found personally interesting include a letter from a drummer boy, a list of diseases and causes of death from 1863-1868, and a cohesive file of death records from those same years. You can read through the death records from 1863-1868 and see if any of you recognize any of the names or if you even have ancestry included, and how everyone in the records died. I couldn’t help but look through the records to curiously see if any of my ancestors had their names in the book.

The museum also has a lot of activities for families and kids including putting artifacts together with your hands.  There is way more to be seen and learn here and I highly recommend making the Alexandria Archeology museum a point of interest when you’re in the area if you want to learn more about how life was from hundreds to thousands of years ago. You can learn more about the Alexandria Archeology Museum right here. 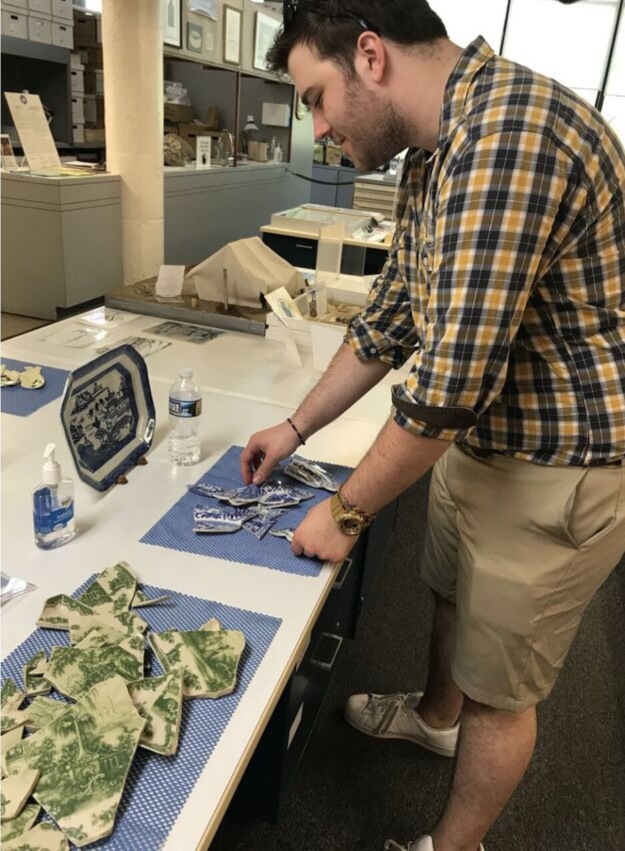 (Picture of me putting together a plate)

(Picture of the historic and beautiful Alexandria Waterfront)